My father, Eddie C. Cadena was from Saspamco, Texas. He served aboard the USS SAINT PAUL in Bravo Division in 1953-1956 with the Korean War Service. He was under the area command of the Commandant Eleventh Naval District. He was awarded the Korean and China Service Medals.

He met my Mom when he was stationed in Long Beach, California at what was then called “The Pike.” My father loved to travel and especially the Navy.

My father was very proud of the USS SAINT PAUL CA-73. I hope someone recognizes my dad and will share some stories or photos. 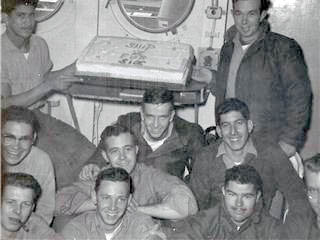